September 12, 2022October 28, 2022 admin
* Products recommended in the post contain affiliate links. If you purchase something through our posts, we may receive a commission at no extra charge to you. See our full disclosures here. 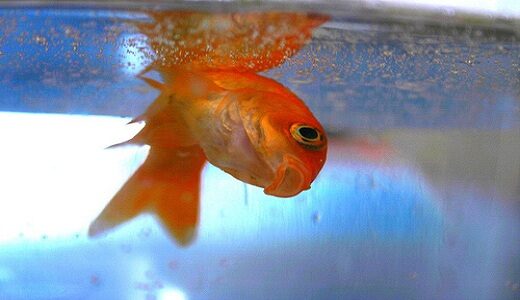 Aquarium Cycling or New Tank Syndrome as it is commonly called is a process of building up a colony of beneficial bacteria that will break toxic fish waste down into substances that are less harmful to your fish. Cycling a new fishtank usually takes from six to eight weeks to complete. Failure to understand this process is a major contributing factor to the loss of fish.

There are two kinds of essential bacteria needed to maintain a healthy aquarium. The first kind of bacteria breaks ammonia down into nitrites, and the second kind breaks the nitrites down into nitrates. Nitrates are then removed from your fishtank by performing regular water changes. 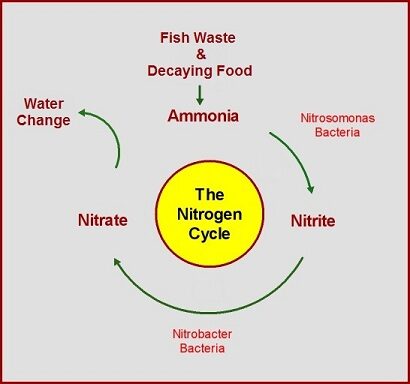 The water parameters of a healthy aquarium are:

Cycling your fishtank can be done in two ways, fish-in or fishless cycling. Fish-in is presently the most common method used by beginner fish keepers for cycling a fishtank. It involves adding a small number of hardy fish such as Zebra Danios to your aquarium. The fish waste contains a continuous source of ammonia which is required to cultivate and feed the growing bacteria.

Fishless cycling is the preferred method used by experienced fish keepers as it is faster and kinder to fish. It involves regularly dosing the tank with pure ammonia until a colony of beneficial bacteria is established. After the cycle is complete a large water change is done and fish are added.

There are a number of chemicals on the market believed to speed up the cycling process. My advice is to avoid using any of these chemicals. To speed up the cycling process the best approach is to get some seeded material from a healthy, established aquarium. The best seeding material comes from a filter because that is where the vast majority of bacteria live. Even a handful of gravel or a decoration from an established tank will help.

First of all it’s always a good idea to test the parameters of your tap water to give you a baseline to work from. You may also want to check on the type of chemicals that are used by your water supplier to treat your water. For instance if chloramine is used the water may have an ammonia reading of 1.0ppm or 2.0ppm straight from the tap. This information can usually be found at the supplier’s website.

Always use water conditioner when adding tap water to your aquarium. The chemicals used to treat tap water are harmful to fish and the bacteria you are trying to cultivate. Even if you are only carrying out a 20% water change add the amount of conditioner needed to treat the full tank.

The nitrite eating bacteria produce their own waste products which give off nitrates. Even though nitrates are not as harmful to fish, they should not be allowed to build up in the tank. Regular partial water changes are needed to keep the nitrates low.

Remember ammonia and nitrites are very toxic to fish. The key for success with fish-in cycling is testing the water regularly, and taking action quickly in the form of water changes and reduced feedings when problems occur.

How do I know when my tank is cycled? Your ammonia levels will gradually drop to 0ppm and give way to higher nitrite levels. Nitrite will lower to 0 ppm and nitrates will start to rise. When you consistently test 0ppm for ammonia & nitrite and have increasing nitrate, you have a cycled tank!

After your tank is cycled continue to test your water parameters regularly and perform weekly partial water changes to remove the nitrates. Slowly build up your fish stock, remember that each new fish will add more ammonia and time should be allowed for the bacteria to catch up. If you notice your ammonia levels starting to rise, you need to identify the problem that is causing the high ammonia levels, not just treating the ammonia itself, which is only a symptom

Thanks for reading and best of luck with your fishkeeping efforts!